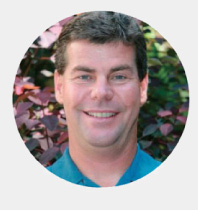 Amongst all of the different techniques of acupuncture, using New Pyonex press needles by Seirin affords the practitioner a unique and effective tool when it comes to combining acupuncture treatment with rehabilitative exercises. Seirin uses a high quality stainless steel needle with a hypo-allergenic porous adhesive tape that keeps the needle in proper position even in the most active patients. I have used many different press needles in my 20 years of combining acupuncture and exercise and I have found that New Pyonex needles are the best quality and pain-free. The New Pyonex press needles come in .20 gauge and range in length from 0.3 mm to 1.5 mm. For acupuncture stimulation during exercise I prefer to use either the 0.9mm or 1.2mm press needles. I have used the 0.6 mm needles on sensitive patients and they consistently report no discomfort during any of their rehabilitative exercises. Sending patients home with New Pyonex press needle so that they can perform their home exercises while receiving a “treatment” can reduce rehabilitation times.

The practitioner may choose to use these press needles on points that were already stimulated in the main treatment in order to reinforce the effects of that treatment, or they may choose an entirely new set of points with a slightly different effect or focus. The following are different examples of using New Pyonex press needles as an adjunctive treatment for musculoskeletal injury rehabilitation and during athletic events.

Used as a primary treatment or post-treatment, New Pyonex needles are the best press needles when it comes to patient comfort and continued stimulation of the energetic systems.