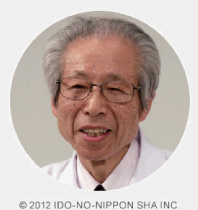 My treatment style is as follows: I decide the pattern and then I do the root treatment followed by the branch (symptomatic) treatment. After the acupuncture, the patient gets direct moxibustion on 5 to 10 points. Patients come in once a week on an average. If possible I instruct patients to do moxibustion at home. When they can’t do moxibustion, then it’s time for New Pyonex. I place New Pyonex on the moxibustion points for symptom control.

How I use New Pyonex

Since they are painless and so simple to use, they can be overused. Overuse leads to loss of effect. To prevent this, select just a few points. One must employ a professional view and touch to find those points that work. Novices can use New Pyonex, but experts use them better.