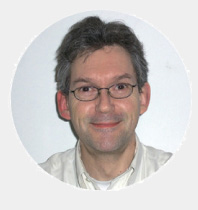 Several years ago Seirin needle company developed the new pyonex needle. Instead of a metal wire handle, it has a solid plastic base. Instead of difficult to peel tape – which can lose its stickiness, the New Pyonex comes on a larger piece of tape delivered in such a way that one does not have to handle the tape at all, making it more sticky. The New Pyonex comes in unbelievably small lengths: 0.3mm, 0.6mm, 0.9mm, 1.2mm and 1.5mm. The way that the needles are manufactured makes them not only much easier to use than the older Pyonex1 but also much safer and less stimulating. This improvement in design makes the New Pyonex needles a must-have addition to clinical practice as they can now be used more widely. These needles allow a much finer control of dose and stimulation level, making the presstack needles usable for the first time on even infants.

I discussed the use of these fine needles on babies and children in my new book ‘Shonishin’,2 where I also discussed the issue of dose regulation3 here I would like to mention some experiences and uses of the New Pyonex press-tack needles on adults.

So far I have found these press-tack needles especially effective for internal conditions. While they can work well for treatment of pain, I and colleagues are exploring how to distinguish them from the hinaishin – intradermal needles for treatment of pain4 and are still working on an explanation of their differences. The new press-tacks can thus be used for pain conditions, but I describe those at a later time, below I list a number of conditions in which I have found them effective.

Chronic digestive problems: stiff reactive bands found around BL-18 to BL-20, leave a press-tack on BL-18 on one side and BL-20 on the other Menstrual problems: SP-6 (if not sore then SP-10) + examine BL-18, BL-20 and BL-23, leaving press-tacks on the most reactive points, one on each side Extremely emotional/stressed patients – use the shorter 0.3mm needles Chronically run down and tired patients (kidney kyo/xu type), BL-23 or BL-52 bilaterally Very tired patients: ST-36 Congested nose: bitong (here the 0.9mm is probably better)

Auditory problems such as tinnitus, disturbances due to nerve compression: hard painful knot around TB-17 or just below or behind TB-17 (place press-tacks after first needling the point – helps reduce severity of symptoms)