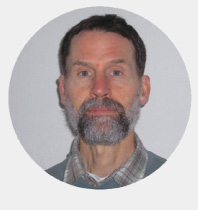 My Take on New Pyonex

I practice Japanese styles of acupuncture, moxibustion and shiatsu in the Seattle area and I have been following in the footsteps of my mentor Shudo Denmei. Like Dr. Shudo I use intradermal needles often in my practice, and I have also used press tacks (pin type intradermals) in my own way to enhance my treatments. I was delighted when Dr. Shudo introduced me to a new generation of press tacks called New Pyonex several years ago. Using New Pyonex has raised my acupuncture to a new level. There are many advantages to New Pyonex over the conventional press tacks and intradermal needles, but the main ones are as follows:

Let me explain how these features make New Pyonex the top choice among press tacks.

How I use New Pyonex 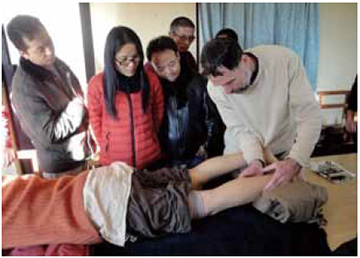 I primarily practice Meridian Therapy, and this style emphasizes tonification and dispersion. Originally when I started using intradermals and press tacks, I reasoned that these needles acted to disperse or move energy because they are like tiny metal splinters in the body. So I used to apply intradermals and press tacks exclusively on excess (hard or tender) points. With New Pyonex, however, the needles can be so short and non-invasive that I now believe they can also act to tonify or build energy. So excess points or areas related to pain are just the tip of the iceberg. Deficient or weak points can serve to alleviate pain and symptoms just as well as if not better than excess points.
Now I select among the shorter and longer New Pyonex to leverage and maintain a positive change. Using both ends of the spectrum increases our treatment options and improves clinical outcomes. Also I use different New Pyonex sizes on different places as follows: The ears and face (orange), hands and feet (orange & yellow), lower arms and legs (yellow & green), upper arm and legs and torso (green & blue)

Applications for general tonification and balancing:

Applications on meridians in relation to pain:

While the direct method of applying New Pyonex on the most tight or tender point in the painful area can be effective, I do this mostly for the psychological effect of treating the painful area. The more intelligent approach is to palpate along meridians and distal points related to the complaint and to treat the most effective points that alleviate the pain.
New Pyonex has made the use of press tacks easy and safe and thus has expanded the range of possibilities for press tack applications. The possible downside is that too many could be used at one time and they might cancel each other out. More is definitely not better. I recommend trying New Pyonex on just a few points and confirming the effect. Remember to remind your patients to remove them after three days or sooner if there is any discomfort.